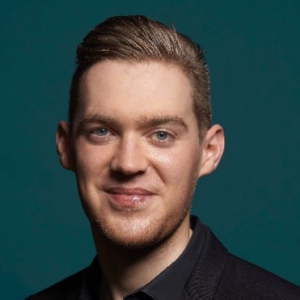 Benjamin Montague is Head of Advertising & Brand Experience for IBM A/NZ, where he leads a team responsible for responsible for enhancing IBM’s reputation through branded content, advertising, social media, influencer marketing, brand expression and design. Benjamin is also Chair of IBM’s local LGBT+ Diversity Group – EAGLE – where he leads a team to position IBM as the LGBTIQA+ employer of choice across Australia and New Zealand.

Having worked for IBM Australia for 9 years, Benjamin has held a number of previous roles including Corporate Advertising Leader, Social Brand Leader, Marketing Segment Manager and Associate Market Segment Manager. Benjamin’s leadership and creativity has been recognised through industry awards including ‘Best Use Of Machine Learning in Media & Advertising’ in the 2018 Webby’s, ‘Best Use Of Technology In A Campaign’ and ‘PR-led Event or Activation Of The Year’ in the 2018 Mumbrella Awards, a Bronze statue for ‘Innovation’ in the 2017 Clio global advertising awards, the ‘Diamond Award – Brand Building’ and ‘Gold Award – Australia’ at the 2017 Sabre APAC awards, ‘Social Campaign of the Year’ in the 2017 Mumbrella Awards and 7 nominations to the 2017 Cannes Lions awards among many others. Within IBM, Benjamin was selected for participation in IBM Corporate Service Corps in 2018, and was a recipient of the Best of IBM award in 2017.

In addition to his professional endeavours, Benjamin also works to serve his community, currently serving as Advisory Board Member for The Channel, a giving circle responsible for driving philanthropic investment into local LGBTQIA+ causes, and previously served as a member of the Parade Media & Public Relations team for the Sydney Mardi Gras.

Benjamin graduated from the University of New South Wales with a Bachelor of Commerce in Marketing and International Business.